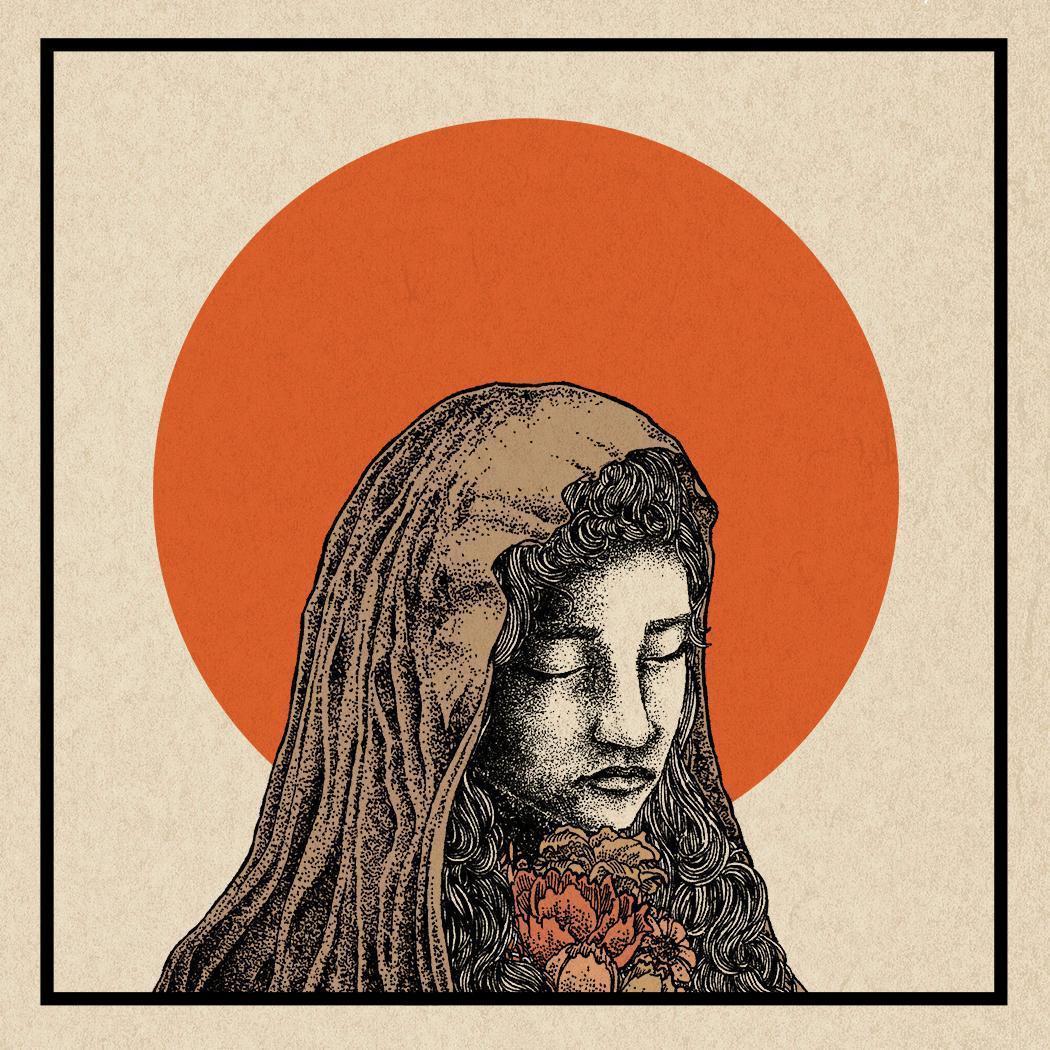 The Baring of Shadows tells four separate stories of loss, pain, and sorrow from the perspective of a single person. This is a visceral telling of universal pain. The album’s direction was intentionally built by Mark’s desire to explore what it is to empathize with someone whom you cannot empathize with. To try and feel as they have felt and imagine their suffering.

This album’s lyrical content has not been experienced by Mark or Nico at this point making it a thought experiment in what literal pain and sorrow from the finding the body of a loved one who has committed suicide, the abandonment of an innocent child to the harsh winter elements, the passing of a parent, and the continuation of life as a widowed parent of two.

These realities have not been personally experienced by Kardashev, but can be invoked through lyrics, music, and art.

This album serves to prove that pain can be known without experience, that loss is familiar to everyone at some point, and sorrow does not choose sides.

This was Kardashev’s first vinyl release.

This album had many inspirations, but one was stronger than the rest. The desire to convince anyone that thinks they’re alone for any reason that we’re all in this together. If nothing else, we can all agree that pain is real and must be encountered and that fact should bind us.

There was a musical vision for this album that Kardashev refers to as the “glue” that binds each of the songs to one another and yet, not to any other album/release. That is a sense of atmosphere that evokes a “smokey” nature. Each song invokes this kind of feeling at some point to convey the aural sensation of being unsure or unclear.

This element of smoke became integral to the aesthetic of the album as the visuals were decided on.

Visually, this was the first album that Kardashev didn’t have Chris Gerlings work on as he had exited the band in October of 2019. Instead, Mark and Nico did much research into how they would convey the album’s intent and content. They began by looking for watercolor artists that focused on black and white watercolor. After emailing some prospective artists, they came across some fan art on Instagram by Karl E also known as @existential.yogurt. His style is hyper unique and very muted in color and design. The colors, compositions and style seemed to be kismet as they began to message back and forth with love for each others creative craft.

Like all previous releases, Kardashev included incense along with all physical purchases of the album in the hopes that listeners would burn it while listening to the album in the comfort of their home to build a stronger connection with the content and band.

A Frame. A Light.

Grey from cinder.
Kiln-words in the fire.
“Alone”.

“Wait by the river.”

Fear.
Child hardened by snow.
Given up to the cold.

“Where have you gone?
It’s getting dark.”

“Follow along the riverbed.
You’ll find her waiting there.
Breathe into your hands.”

She yields to the ground.
White breath above
A quickly waking ghost.
She knows
this is the last moon.
This is the last time she’ll lie awake
Screaming out. Asking forgiveness.
“Mother! Please come back!”

Speak to me
In honest answers now.
See the light behind your eyes
And you will find
Every thought you’ve lost.
Echo-songs
From far away
In the woods.

First sight of snow,
Sun on the carpet,
The smell of our home,
When I was so young.

I am lost
Without your eyes on my eyes,
And the children,
They are silent,
Unable to understand
You’re dead underground.

Sleep next to me
Like you did,
And like you’ll never do again.
No strength left.
Tell me,
How am I supposed to love them on my own?

This is permanent.
I am powerless.

Perfume bottles
And and an unfinished painting.
Our house claims that you’re still here.

How could you have been
So careless?

There is no god
Who can bring you back.
The only truth
Is that our children haven’t slept for days
And we are without you.

The recording process for this album changed in a few ways with the addition of Sean Lang on drums and Alex Rieth on bass.

Firstly, after each song had a completed composition, Nico would email a copy of the song to Sean and he would write drums on an E-Kit at his home studio in Vancouver, BC, Canada and then email the new drum compositions back to Nico.

Nico then emailed the newest mix down to the band members and had them meet up with him to record their parts.

In true Kardashev fashion, Mark didn’t write anything until the composition, drums, and bass were finalized, allowing him to work with the album as a whole rather than the songs as pieces of a greater unknown album.

During this process, they upgraded their studio microphone from a Shure SM7b dynamic microphone to a Rode NT1 condenser microphone. This allowed Mark’s voice to be captured with more accuracy and nuance.

A new bass guitar and pickup configuration was used under the guidance of Alex as their new bass player.

The recording gear and software was relatively the same, with minor changes to bass equipment and drum process.

Kardashev would go on to have this album mixed and mastered by their long time friend, Miah Lajeunesse in Knoxville, TN. Only, this time, Nico would fly out to work with Miah in person for the first time since they began their journey together in 2012.

For 3 days and almost 15 hours per day, Miah and Nico sculpted, edited, blended and mixed the album from start to finish. Unlike ever before they could collaborate in real time over production elements, effects and everything from bass tone to reverb decay time. It was the perfect opportunity to see the album all the way through from start to finish for Kardashev. This new paradigm would change the working relationship and the final outcome of every album moving forward.

Kardashev was more than elated to have Karl E. (yogurt) as the album artist as he had incredible skill and beautiful command over the imagery that he thought up. When Nico approached him on Instagram, there was already a bond over Kardashev’s music as Yogurt had used Kardashev lyrics in the description of one of his posts. This bond grew into a partnership for more than just the album artwork. Kardashev would go on to commission him for additional works after the release.

Over a series of weeks, Nico and Yogurt messaged back and forth over Instagram sending updates and discussing direction and execution. Fortunately, Yogurt knew what he was doing, so the work was cut out for the band and all that was left was to receive updates and compound excitement with each one.

Unlike previous releases, these artworks were uninterrupted by text and labels and instead served to stand on their own in the CD booklet. This would be the first series of artwork that Kardashev would offer as prints available to purchase independent from the music of the album.

This album was distributed by CD Baby to all streaming platforms as a 4 song album.

The physical discs and vinyl for this album were printed and shipped with incense and a personalized thank you notes.

No instrumental release has been made public yet.

No Music videos have been made for this album yet.

The online community is strong after the release of this album. Join the conversation today at any of the following platforms:

It’s an impressive feat to create a truly unique sounding metal release with today’s ease of entry and the mass saturation of every subgenre. Many artists striving for this often sacrifice listen-ability and staying power. Yet here Kardashev have crafted a sonically fluid force of creativity and emotional outpouring built with genuine substance.

Within the tradition of art and poetry, The Baring of Shadows could be characterized as a lamentation—“a passionate expression of grief or sorrow”—and as with the greatest examples in this genre, whether it be the book of Lamentations in the Bible or the Lamentation of Christ, The Baring of Shadows has the power to reach beyond the specific, speaking to all humanity in the most profound of ways.

All this emotional spectrum is reflected in a spectacular way in the EP; We have moments of sadness and solitary reflection, and we also have moments of fury and helplessness. The way the instruments are more concerned with creating abstract soundscapes rather than creating complicated phrases and techniques also lend themselves to creating parallels with the abstract nature of the pain of loss, a pain that often goes beyond words and is reflects or expresses itself in ways that we can only emotionally understand. “Heartache” is, in that sense, one more expression of the anger and sadness that we experience in those moments. It does not offer a musical resolution because when we are in these situations, no matter how many times we express it or want to expel it in an emotional outburst, the pain is still there, unresolved.

I read the lyrics to Heartache before I listened to it and I felt already a great sadness to it. As a father, I cannot imagine living a life as written. I could see there was a lot of anger written into these words – but not hatred. You can feel the pain in this album. Very inspiring work. A clear and concise flow of emotion and I am glad to have had the pleasure to listen to it.

It’s not often that an album feels exactly like what a band tells you it is supposed to be about. It’s even rarer still that you get that feeling without having read or been told what to expect. The Baring of Shadows by Kardashev is one of those rare true expressions of a feeling, in this case pain, and it is a wonderful expansion of that feeling. To be completely candid, Kardashev’s last release The Almanac is in my top 10 all time played albums. As such I was greatly anticipating this release.

The word beautiful is not sufficient to describe the magnitude of emotions that permeate KARDASHEV’s stunning new album, The Baring of Shadows. This album really needs to be heard to be believed. Pulling together the most appealing aspects of post-rock, post-metal, blackgaze/black metal and heavy, progressive music, The Baring of Shadows is a sublime concoction of all styles and so much more.