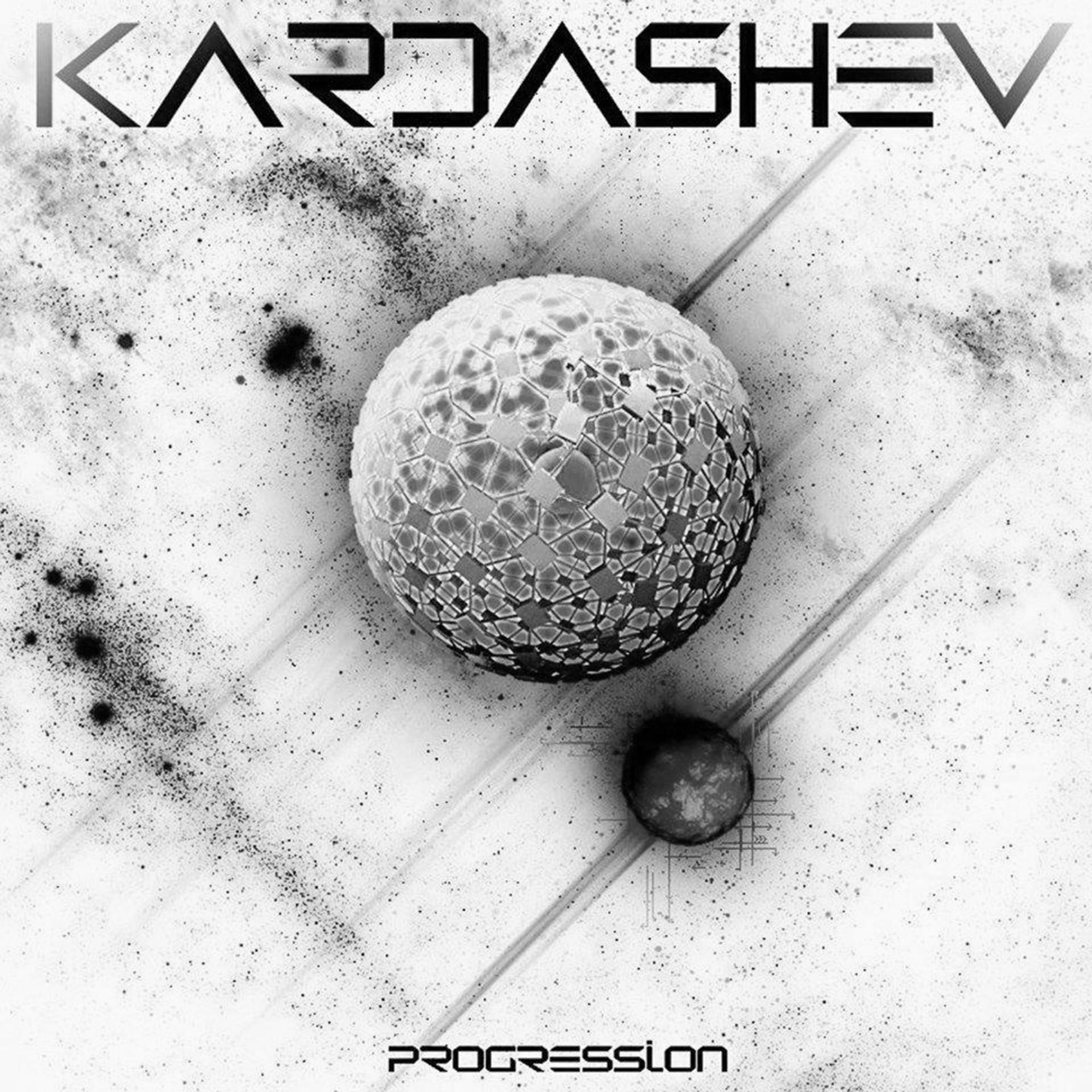 Kardashev as an Abstract

The history of Kardashev begins in 2009 when Nico Mirolla met Mark Garrett at Northern Arizona University while listening to metal and playing Magic the Gathering in a dormitory common area. After discussing their desires to make music, they began to create demos on Nico’s laptop as a hobby between classes.

In the summer of 2010, Nico left NAU and joined a local band in Tempe, Arizona that began playing shows around the state while building an online presence through MySpace and Facebook. Two years and two albums later, Nico and bass player Chris Gerlings began to feel disheartened with the direction and content of the band, so they decided to quit and begin a new venture with Nico’s friend Mark that would inevitably become Kardashev.

The content of the music had yet to be determined, but they knew they wanted to bring concepts and story telling as the device of the music. They also agreed to focus on blending the sounds of some of their favorite bands including Aegaeon, Fallujah, and The Contortionist.

After a long discussion on the musicality, contemporary approach to grinding their way toward the top, restarting as a new “local” band and the disheartening realization that local shows just weren’t worth their time, the group created Kardashev under the pretense that music and production quality was priority one and performing was second. These tenets became the basis for the Kardashev approach to enjoying the process of being a modern metal band. In addition, they began to understand that their best results were achieved when following three basic concepts.

1. Never be afraid to write a bad song.
This mindset freed up any hindrances from the mind’s expectations for everything to be gold. Conceptually, this axiom works as a device to lift any hesitation or self conscious limitations from the writing process to allow freedom in writing. Often times we, musicians/artists/creators, can find ourselves deep in reflection of what we’re creating so much so that we forget why we’re writing. This idea helps us leave of that headspace.

2. Be willing to try everything. If it’s not right just put it back.
Kardashev began writing music through the process of demoing musical ideas not in person, but through the recording process which allows them to compose music “on paper” instead of in a live format. This means that with digital technology they can arrange different musical passages any way they want by dragging and dropping the riffs anywhere to then playback and audit the flow of the music. Most things can be undone in this setting allowing them to explore the permutations of putting any riff anywhere in the song for any number of regenerations.

These beginning discussions framed many of the future decisions that Kardashev would make including how to write songs, which gear to invest into, how live shows would be performed, and so on.

These axioms were not well understood in the beginning, but became solidified over time.

In June of 2012, guitarist Nico Mirolla began writing demos of music for the Kardashev project. Nico would write a few riffs and then email it to bass player Chris Gerlings and singer Mark Garrett and shared the compositional ideas on Facebook and Soundcloud as demonstrations of their intended sound. Soon after writing the first demo, James Hyatt (2012-2013) contacted Nico and asked about the opportunity to write drums for the song. Nico, excited that someone liked the song, agreed to have James write drums on the track using Toontrack’s Superior Drummer software. What he sent over was perfect and they scheduled a jam session to play through the song and feel out the working relationship.

Soon after the meet and greet, Nico and Chris offered James the position of drummer and they began to write their demo, “Progression” which they would release on October 15, 2012.

At this time, Mark was still living in Flagstaff, AZ, so he would make trips down to Tempe every couple of weeks or so to collaborate and jam the one or two songs they had written at the time. Around the time that they wrote the second song, Chris had introduced the “Kardashev Scale” concept to the band and Mark knew right then that he could easily write lyrics based on these concepts.

After writing the lyrics to the demo and toying with names for weeks, they had decided on the name “Kardashev” while sitting at a Denny’s and playing Magic the Gathering. However, before finalizing this decision, the demo’s songs were already titled after Nikolai Kardashev’s aptly named, “Kardashev Scale“, as it described and suggested the ability for civilizations to advance into the cosmos by harnessing and consuming huge amounts of energy. The perfect setting for a Sci-Fi story.

In 2019, Kardashev parted ways with Chris Gerlings as he and his partner moved across the country to begin their life together. In his place, Alexander Adin Rieth would step in to fulfill bass and some visual arts duties.

Kardashev spent much time discussing, pondering and realizing how they could try and stand out in an over saturated genre, in a time when music was easier to make than ever, as abundant as trees, and still a challenge to earn money from.

In discussing the fundamentals of branding they’d realized they’d have to try to either be Cheaper, Better, or Different than every other Atmospheric Deathcore band.

Cheaper was irrelevant since the advent of the $.99 per song iTunes model.

Better was irrelevant since music as an art is a subjective matter.

It was time to focus on Different and that’s what they did.

They began writing music in ways they never thought they could by setting goals that meant enduring painful performance techniques and writing music in a way that challenged them over and over again.

They leveraged technology instead of falling back on what was standard or safe. Amp modelling, Home Studio, Midi Programmed Drums, Drop Shipped merchandising, etc.

They began developing a live show akin to what only pop acts would put on. This meant designing midi triggered light sessions, midi controlled guitar, bass, and vocal effects changes, creating a projection show that synced with the music, burning incense while performing and then shipping that same scent to fans for a more psychologically-strong brand association.

Kardashev began as a progressive metal band with themes of Death Metal, Djent, Deathcore and Progressive Metal. The sound evolves regularly and will likely always lean into something new while retaining something old.

Lyrically, albums have covered topics of Science Fiction, Humanity as a construct, Humanity as biology, sorrow, pain, loss, insignificance in a cosmic scale and the burden of ignorance. Although there is a meta theme to Kardashev’s story, there is also much to explore in life and Kardashev doesn’t limit the subject matter.

In 2016, Mark created a language (conlang or ‘constructed language’) for the album The Almanac. That language is still being developed and will likely return at some point in the future.

09-20-20 Announcements →
We use cookies on our website to give you the most relevant experience by remembering your preferences and repeat visits. By clicking “Accept”, you consent to the use of ALL the cookies.
Do not sell my personal information.
Cookie SettingsAccept
Manage consent